De Krans Wine Cellar is situated along the upper reaches of the picturesque Gamka River Valley in Calitzdorp in the Klein Karoo. The rich and long history of the farm dates to 1890, when it was bought by the Nel family. The current cellar was built in 1964 by Chris Nel and his brother Danie. The first Portuguese grape variety in Calitzdorp was planted in 1973 at De Krans by a twist of fate. Chris Nel, father of Boets & Stroebel Nel, intended to plant Shiraz, which turned out to be Tinta Barocca, when the newly planted vineyard started bearing grapes in 1976! Since 1985 other classic Portuguese varieties, such as Touriga Nacional, Tinta Roriz, Tinta Amarela and Souzão, have been planted. De Krans is widely known as one of the leading producers of port-style wines, as well as one of the most innovative cellars in South Africa. De Krans was the first in South Africa to produce a Touriga Nacional as a dry red wine, made the first Pink Port-style wine, as well as the first Moscato perlé wine in South Africa. De Krans has recently been awarded for its innovation, winning the Most Innovative Wine Award for the De Krans Espresso, as well as for the De Krans MCC at the Michelangelo International Wine Awards.

The cellar has won more than 700 medals and awards (including multiple Veritas and Michelangelo double gold and gold awards) in the past 30 years and was crowned Champion Private Wine Cellar in the Klein Karoo region 6 times in the last 7 years. De Krans is not only known for its award-winning port-style wines, but also for its unique, high-quality red and white wines from Portuguese grape varieties. The 2015 De Krans Tritonia Calitzdorp Red Blend won the Best Non-Bordeaux Red Blend in South Africa at the 2017 Old Mutual Trophy Wine Show and got a 91-point rating by Tim Atkin MW.

Wine tasting is offered Monday to Saturday (9h00 to 16h30) and Sundays & Public Holidays (10h00 – 16h00) throughout the year. The tasting room will be closed on Christmas Day and Good Friday. There is also a 30-minute vineyard walking trail through the vineyards of De Krans.

Each year in February visitors get the chance to pick their own Hanepoot grapes at De Krans. From approximately the last week in November until the first week in December visitors can pick their own apricots on the farm as well. Yellow cling peaches can be picked at De Krans during the last two weeks of December each year.

Visitors can visit the De Krans Deli & Bistro for breakfast or lunch and enjoy a variety of meals prepared fresh on the premises each day. Guests can expect hearty, healthy and quality dishes, ranging from a variety of delicious breakfast options, open deli sandwiches, light lunches, a selection of gourmet burgers and seasonal salads. All the dishes have been paired to be enjoyed with wines from the De Krans range, creating the perfect food and wine pairing. For those with a sweet tooth be sure to keep an eye out for the delectable desserts on offer. 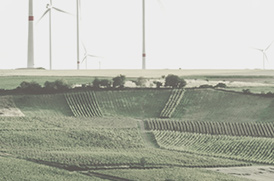 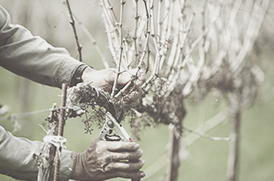 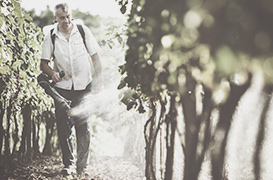 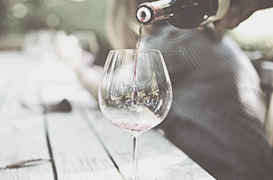 1st Tinta Barocca grapes planted by Chris Nel at De Krans by a twist of fate, was meant to be Shiraz

Big flood, 10 hectares had to be replanted

Biggest flood, 15 hectares had to be replanted